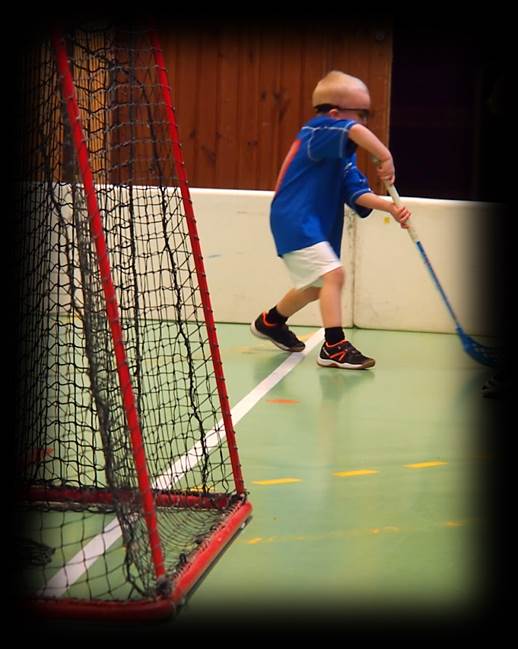 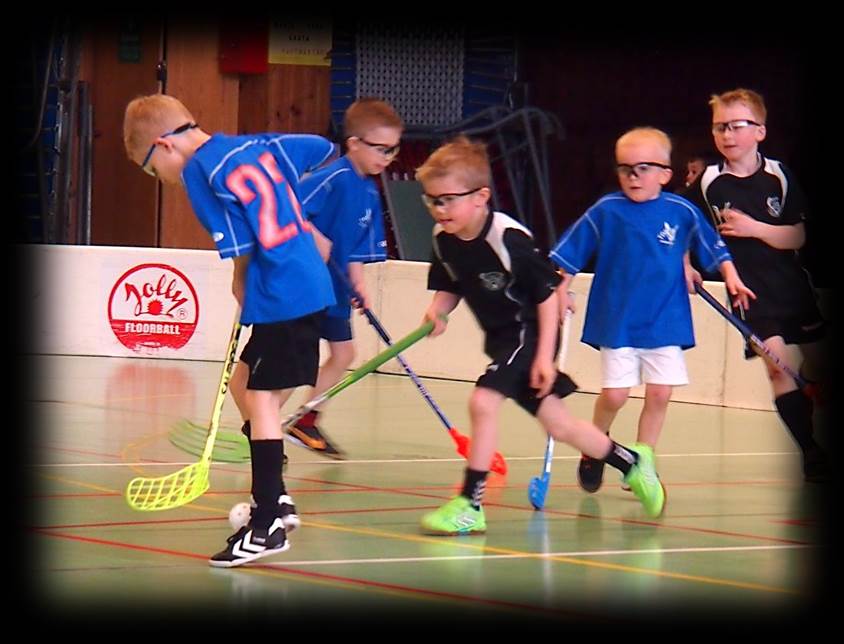 I will talk about two ways of setting goals, or how to look at the goal setting process. The first one is about looking back on your performance and setting the goal little bit higher than the history shows.

If you are thinking about goal for the league position, you might look at your previous seasons 10 pos. 8 pos. 9 pos. and therefore you think a realistic goal should be 6 or 7 position, but you might to choose to raise it a little bit to position 5.

The second way to set goals is to take a step into the future and to think where you would want to be in the future or were you must be in order to achieve something. Let’s say your floorball team is in the next highest division. Maybe you have described in your vision that you want to be in the premier league (highest division), therefore you automatically must be top 2 or 3 in your division in order to be able to take the next step. This could create a conflict, if you have team members that are “stuck” in the history, they won’t think this is a realistic goal, and it might not be, it’s your wanted position in order to take the next step.

If you are setting goals by taking a step into the future and pointing out a wanted position, you will create an information gap that needs to be explained for your floorball players. So the discussion should rather be about, if they want to be there, than if it’s realistic. After you have cleared out that, you can start to take small steps back from the future, if we want to be here, top 2 and advance a division. What changes do we need to do in order to achieve that? You need to slice the big block to small steps (We need to increase the amount of practices. We need to think about what and how we eat. We need to improve our defense.) When you have this discussion about many small improvements with your floorball players, you get a buy in on the goal and suddenly it starts to be realistic at least in every ones heads.

You can think about José Mourinhos challenge when setting a goal, that was to win the Champions League, when Inter had won it, last time in 1965, maybe it was more realistic if you look at other aspects than the historical performance, like the team members and Mourinho himself.

In short term goal setting you can use the same methodology, in order to support your long term goal and vision. 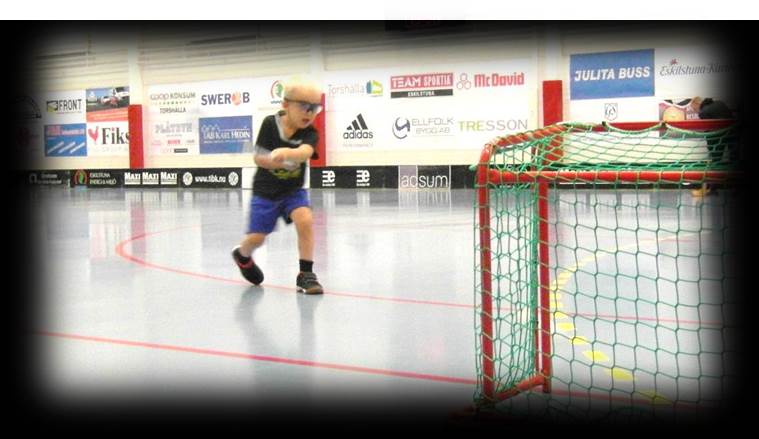 The last level defining a focus area will support you in achieving your short term goal (and long term goal and vision). What do we need to focus on as the first steps on our way towards our wanted position? This should of course be transferred to concrete actions and an action plan.

As a summary you can say that you can work with setting the direction on different levels, Vision – Long term goals – Short term goals – Focused areas – Actions/Action plan.

Floorball warm up practice down to the left (b)

The floorball drill is started by P1 running in from the border, he/she takes a shot, after the shot, there is an imagined break-out for the opponent, therefore P1 runs backwards in the middle. Then he/she forechecks (imagined players / break out) and wins the ball in the corner. P1 picks up a new ball in the corner. P2 runs down and receives a short pass by the border and takes a shot from the angle. P2 repeats the same patterna as P1 has done towards the other corner.

The floorball practice can also be performed like above, but when P1 forechecks towards the corner, P1 receives a pass from P2 instead of picking up a new ball in the corner.

Floorball warm up practice down to the left (b), make it 1 vs 1

You could also run this floorball drill as a one on one drill. Remove the pass in the corner and make the P1 play defense against P2 in the second sequence. Then P1 can do the running also facing the opposite goal (up – down to the corner – up to meet the offensive player)

2-1 Floorball warm up practice down to the left (b)

To change and develop the floorball drill further into a 2-1 situation, you can start with two players where P1 starts, the player following P1 goes for the rebound and picks up the new ball, which he/she will lose after the forecheck from P1 after that he/she will play 1-2 against P1 and P2. 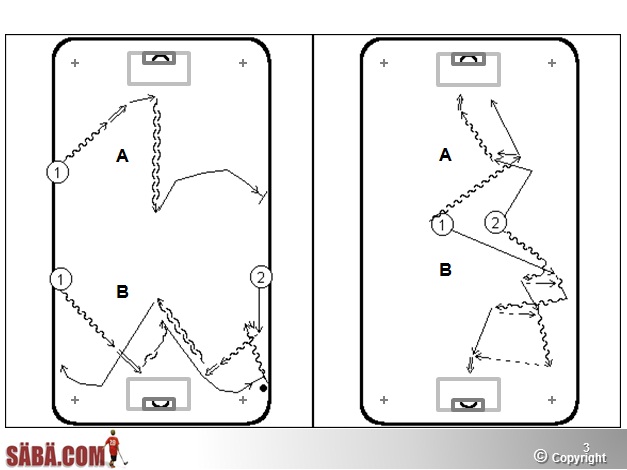