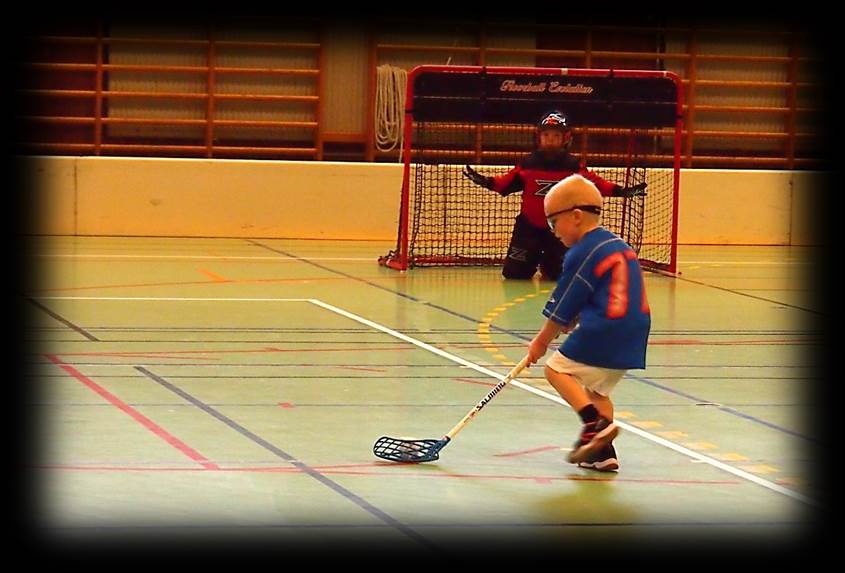 Are we looking at the same picture?

One of the most important things, when talking about vision, goals and focused areas is communication. How can you secure that everyone has the same target image or picture as you want or how do you know the player have understood your message or seen the picture you try to “paint” out for them?

There will be a lot of things that will make the picture to differ between your floorball players, experience, expectations, their own will, the language you are using including your body language and many other things. Therefore it’s important that you somehow get a receipt of their understanding and interpretations. If you also allow you players to comment or maybe add things to your vision, focus or goals, you will immediately get a stronger buy in from each and one of the players.

A message from the future

Why should you have a vision? The vision will give you guidance in your leadership, coaching, daily decision making, acting and communication.

When you talk about a vision, you and I might have different pictures in our heads. I will try to give you my picture. For me to start with a vision can be in whatever format, only your own fantasy can limit it. It can be everything between some bullet points on a paper to a short movie “from the future”. So the format is not that important, but how it’s perceived, it should create energy and direct it on the long term, and to be honest how exciting are some bullet points, even if they would do the work?

A vision can be a colorful multi-dimensional description of what you as the leader see in the future, you can in your own mind/head try to move couple of years into the future and describe what you see, feel, hear, regarding the team, achievements, team spirit, players, club, fans, results, behavior etc. A good way to describe what has happened in the future is to actually try to describe it as it would have happened, not in, should terms. Because as you have read earlier the pictures you create are important (sour lemon or basketball example). There is one more dimension to ad, our brains can not make difference between created realistic pictures and realistic pictures, the difference comes from our own values and belief…

I try to visualize the difference for you.

8th of May 2014
I would like to welcome you all to this press conference. I can imagine you have a lot of questions after our victory in the League. If I just start to give you my point of view of the key success factors, after that you will be able to ask some questions to the players.

To start with, I think our victory would have not been possible without the fantastic team spirit we have in our team, everyone has a clear defined role, and all of the players have accepted this during this year/these years, we don’t use the word “first teamers”, we are one TEAM.

During this year we have increased the intensity in our practices which we also showed clearly in yesterday’s last game in the league. We were the strongest team in the end, we were willing to run the extra mile, and if you look at the amount of goals we have scored this season, it’s 89 goals and that gives you also the picture of an offensive, strong and quick team!

The setup, could be that you actually rig a press conference with the players in the press role. Do you feel the difference between these examples?

Guided discovery and all in

After creating a vision it’s important to also involve your floorball players, what do they think? Is this the correct way? Don’t just accept an yes, ask questions, why do they think it’s the right way, or why not, what did they find exciting in the vision (and not, why?), was there something that needs to be changed, added or deleted? In the end you are of course the one deciding about changes, but if you don’t listen to your players, you need to explain why you will do that, why you will continue with your “picture”, but in that case are you walking alone towards the vision or do you have your team with you on the trip? I can say that if the vision is well taught throug, prepared and tested on a smaller group before the presentation, and it’s attractive, you will only get positive feedback and explanations why it’s correct and therefore the players also feel that the vision is also theirs. Otherwise you sometimes get good input that will complement the vision, things that you haven’t thought about or didn’t feel were important, but for the team it was. Even if you make some changes, you will still have the same buy in from your team, in this case maybe even more, because they have added something and you as the leader have showed them that their opinion counts, respect!

The same method applied on practices and drills.
“I use a global method, I use direct methods when preparing our organization, but I also use guided discovery where I create the practice, dictate the aim, and the players come up with different solutions” /José Mourinho

2-1-2 set up / system in floorball visualized in practice (division 1 in Sweden).