Break outs in floorball tend sometimes to be a bit static, at least in my “hockey” eyes. Three players are passing the ball to each other in a triangle near own goal and after a while a long pass on chance towards the two top forwards. This is visualized in the floorball game picture below. The opposite team is just passive and can easily keep a correct positioning.

Do you recognize the set up? Do you agree?

What if… we start to be more active, move a little bit more and force the opposite team to do the same… 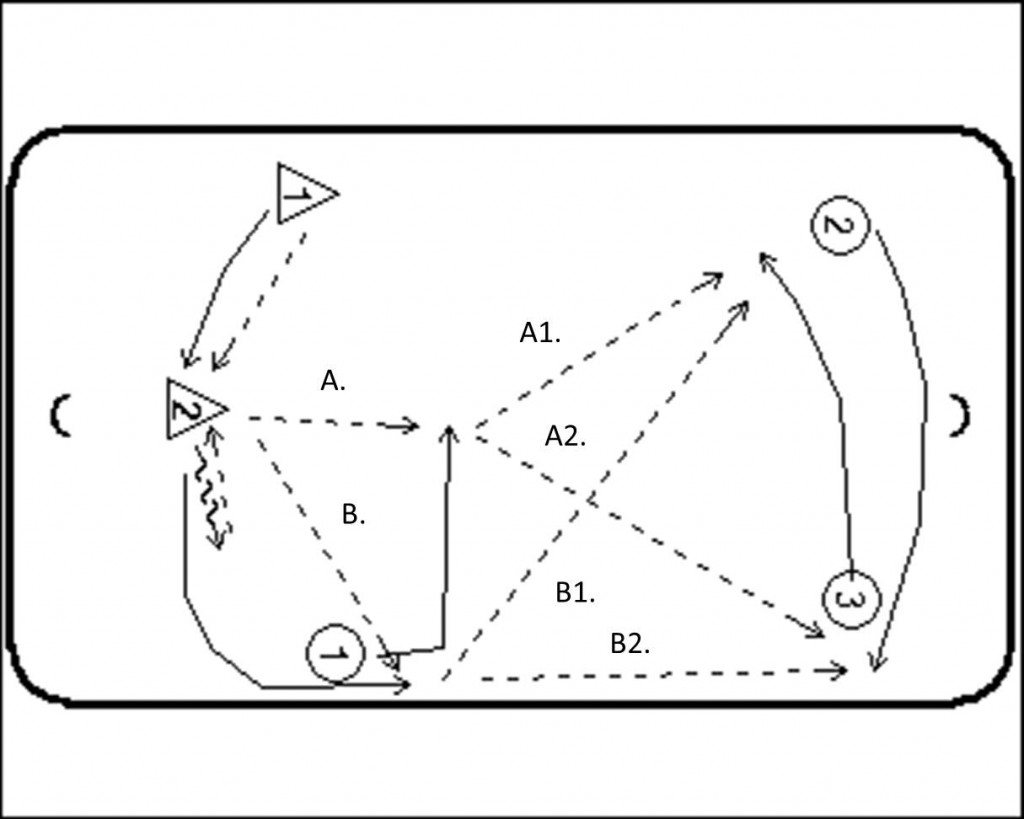 D1 passes the ball to D2. D2 starts to move towards the border, D1 moves into the position of D2, D2 passes the ball to D1 in centre and continues the running towards the border. P1 runs into the centre and either the opposite teams offensive player will follow him to the middle and we have a free space for a pass to D1 (pass B). If the opposite player decides not follow P1, P1 will be free in the middle (pass A). The two top forwards will switch positions and create confusion for the defensemen on how to act.

Could this work, what do you think?