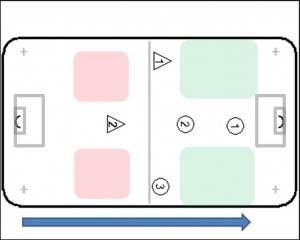 1-3-1 has received a lot of criticism for being a defensive set up, at least in hockey. I would not say that, it depends on how you are using the system. 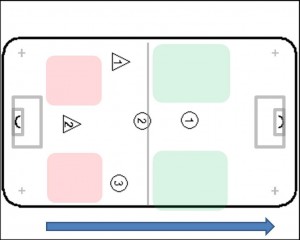 Philadelphia Flyers even stopped playing for a while and nothing happened… Use 1-3-1 in an offensive way and it will be a fantastic floorball set up, at least in my mind.